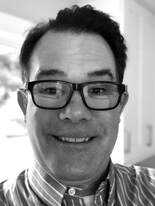 Mark D. Walters is a Bellevue, Washington, business lawyer and a litigator.  He began practicing law in 1995.  Mark provides legal support to high growth businesses in the Pacific Northwest, and he also served on the Advisory Board for a Seattle based, national advertising agency, and a local food company, where he provided guidance related to intellectual property, employment law and general business risk management. A frequent public speaker, Mark is also a guest business law lecturer at Northwest University and the Hot100 Business Association.

Mark is also a litigator, which is unique for a business attorney.  Mark began his law practice as a complex commercial litigator with Oles Morrison Rinker & Baker LLP.  He then moved to Riddell Williams P.S., to focus on intellectual property matters.  Mark has represented many companies in commercial and intellectual property disputes in state and federal courts, and he has represented many individuals with serious employment disputes.  In the Spring of 2011, Mark represented Washington State Supreme Court Justice Faith Ireland (ret.), who was appointed Guardian ad Litem for Michael R. Mastro in Washington’s largest bankruptcy proceeding.  He also recently represented a former medical device account representative in a False Claims Act case and helped the United States recover $18.5 million from the account rep's former employer.

Mark works to offer price certainty and transparency on most transactional projects, and he regularly makes house calls to his client's place of business. Mark's highly personalized approach puts the client's interests first and is designed to allow clients to focus and work on their business and grow revenue, while he helps them manage legal risks in a practical and commonsense manner.

You can follow Mark on Twitter @PurpleLawyer, and you can read his blog here.
Schedule a Call or Zoom Meeting with Mark
Bellevue Brain Trust